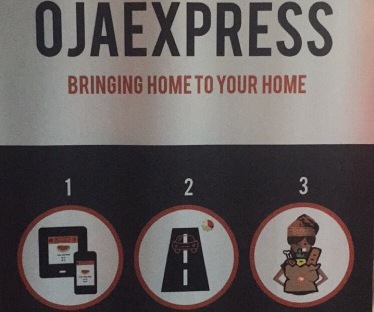 #TechCrushTuesday is a new thing I’ll do on Tuesdays where I’ll highlight a company or person that’s killing the tech industry this week (based solely on my opinion). So today’s #tct goes to Oja express.

Last week I had the pleasure of attending the Oja Express app launch. At the event CEO & Co-founder, Boyede Sobitan and the CTO & Co-founder, Fola Dada explained that their idea originated from the idea that they would visit their families in Africa and have authentic African cuisine but when they got back to the States they couldn’t make the same meals. The taste was just not the same and that’s when they realized it wasn’t them, it was the products they were using. Their next challenge became finding the best African/Carribean ingredients, which turned out to include long distance travel and lots of time. So that’s where Oja comes in…

Oja Express is fairly similar to Peapod or Gruhub but with an African/Carribean twist. Users can order their favorite African/Caribbean ingredients, schedule a delivery date and time, and then voilà your delivery will arrive straight to your doorstep. What’s not to love?

After seeing Boyede and Fola’s excitement and passion for their product I instantly knew they will be a success! Plus the delicious African food they served might’ve swayed my decision a little bit too.

Do you plan to use Oja Express? Tell me your thoughts in the comments!