Last weekend I had the pleasure to volunteer at the Black Girls Code event in Chicago. At the event young girls were given the chance to create a pong game from scratch with Scratch. If you could’ve seen the excitement and eagerness on each child’s face you would understand why this organization is dear to my heart.

For those of you who don’t know about Black Girls Code and why it was founded let me rewind for a minute. Founder Kimberly Bryant, who majored in Electrical Engineering, often felt isolated in school being surrounded by people who didn’t look anything like her. Her experience inspired her to make a change and get more Black women involved in STEM and as s result we have Black Girls Code. She believes by giving young Black girls the opportunity to learn in-demand skills in technology and computer programming at a time when they are naturally thinking about what they want to be when they grow up the chance for them to choose a STEM career increases. 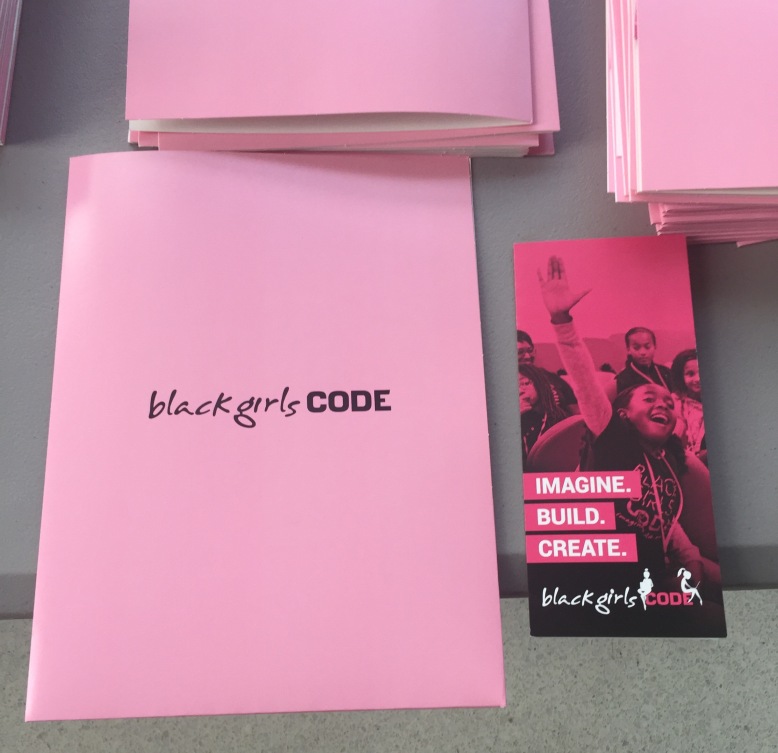 You may be wondering why I value this movement so much, especially since I currently don’t have children. I value it because I too felt the awkwardness of being the only Black woman in IT classes. Black people were often afraid of IT because coding classes were seen as “hard” so people would avoid them. But  Black Girls Code provides an opportunity to show kids it’s not hard as long as you put your mind to it. Also, by the end most of the girls think it’s actually fun! It’s this assistance of reshaping the stigma associated with tech that I appreciate about Black Girls Code.

If you’re interested in sending your daughter/niece/granddaughter/whoever to a Black Girls Code event check out the link to see if they are coming to a city near you!

And if you’re wondering, what about young black boys? Black boys code is coming soon!

If you’re like me and this cause warms your heart make sure you sign up to volunteer at the next event or donate.

One more time, let’s salute Kimberly Bryant and the Black Girls Code team for being an inspiration and assisting with bringing diversity to tech. If you could’ve seen the excitement and ambition these girls had at the event you would know that they’re truly shaping these girls for a bright future.