Another week has passed which means new things have happened in the tech world! Here’s a recap of a few of my favorite stories… 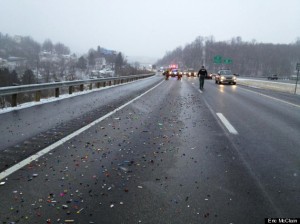 Have you ever seen toys scattered along the highway? Well if you were near Clarksburg, WV on Interstate 79 last Sunday you could’ve had a chance. The interstate was closed more than two hours because thousands of Legos were sprawled all over the road. This was the result of the straps that held tote bags (where the Legos were held) on top of the family’s SUV becoming loose. With the help of the family, firefighters, and highway officials the mess was cleaned up and forgotten… so they thought. A picture taken at the scene was posted online and has since gone viral.

A woman has come out on Facebook claiming to be the mother of the child whose Lego’s fell. Though her identity and her involvement in the Lego spill have yet to be verified, dozens of Facebookers have promised to replace the boy’s Legos and send him new toys too. What do you think of the response from Facebookers? Tell me in the comment section. 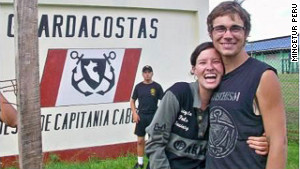 I first heard this story via a podcast I listen to called “The Sum Up”. A young California couple decided to do a bike trip through South America. In mid-January they stopped updating their Facebook pages and were not answering their cellphones. The mother of the boyfriend checked her son’s bank account and no purchases or withdrawals had occurred since around the January Facebook post. Naturally, assuming the worst (kidnapped, severely injured, or killed), their loved ones alerted authorities and soon national media was reporting that the couple had “vanished”.

Well the couple never “vanished”, they just had no internet access. Someone called in a tip saying they saw the couple on a boat which led to a Peruvian search team finding them on a small river. The search team took the couple to a place with Internet so they could share the great news that they were alive and never in harms way! Would you worry if one of your friends or relatives stopped updating Facebook for a while?

Last week Facebook announced some major changes (which you can read about here). However, to match its new sleek look Facebook announced updates to its timeline feature so finally profile pages will be clutter free! The redesign will have all the user’s posts in a single column on the right side and photos, music, and other recent activities on the left side. Also, the About page will show media you like to consume (books, music, etc) and your stream of activity from your favorite apps. These changes are expected to come in the next few weeks. What do you think about the newest Facebook updates? 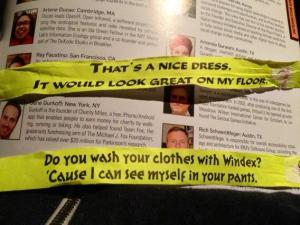 South by Southwest (SXSW) is a two week long conference/festival (this year from March 8-17th) in Austin, Texas that combines music, independent films, and emerging technologies. Two of my main highlights from the festival thus far are Grumpy Cat and MIT’s event. If you have no clue who Grumpy cat is you need you to click here immediately. On Monday, Grumpy Cat set off a social media buzz when people were able to meet him at the Mashable tent. It is reported that every 27 seconds someone posted about her. I knew Grumpy Cat was a big deal but that stat is mind-blowing.

Now the day before, Massachusetts Institute of Technology (MIT) held an event to showcase exciting media and innovation projects. The big controversy came when party goers looked down at their wristbands. As shown above, the event was handing out wristbands with sexist, offensive sayings on them, leaving many party goers upset. And what better way to express their anger than through social media. After almost 24 hours of backlash MIT finally came out with a statement apologizing and said “These wristbands were provided by the venue, and while we didn’t realize what was printed on them until after they’d been handed out, we should have prevented the situation from occurring in the first place.” What do you think about the wristbands? Do you blame MIT? 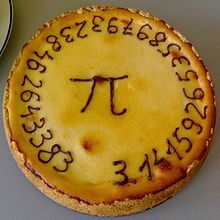 Some people are probably wondering what is Pi day? Most people see March 14th as another day of the year, but all my fellow geeks out there know it’s a day that commemorates one of mathematics’ most useful infinite series of digits in the world: Pi. Pi is celebrated on March 14th because it is the first 3 digits of Pi (3.14).

Everyone celebrates Pi Day differently from eating PIe to sending college decision letters to prospective students on Pi Day, which MIT actually started doing last year. For me Pi Day symbolizes the importance of programs like STEM (Science, Technology, Engineering, and Mathematics) in our world. We need to continue to spread STEM within our communities and celebrating Pi Day is a perfect example. Do you celebrate Pi Day? If so, what do you do to celebrate?

Don’t forget if you have a tech topic you think should be covered drop me a line on the Ask Me page. And please leave your comments below!