Another week, new tech stories. Let’s check out some of my top tech stories for this week.

Happy Birthday to the Cellphone! 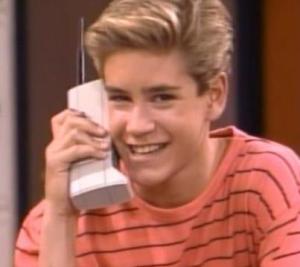 April 3rd was the 40th anniversary of the first cell phone call which was made by Martin Cooper, a Motorola engineer, in 1973. According to The Verge, Cooper called up Joel Engel, who was also working on a mobile phone at Bell Labs, and said: “Joel, this is Marty. I’m calling you from a cell phone, a real handheld portable cell phone.” The brick phone gained a permanent place in pop culture through characters like Zack Morris from “Saved By The Bell” (seen above). Just think we went from carrying brick phones to our now beloved smartphones. We’ve come a long way haven’t we?

When being in a viral video goes wrong…

This week a video emerged of Rutgers’ basketball coach, Mike Rice, abusing his players. The shock video showed Rice yelling at his players, throwing balls at them, and even calling them derogatory names. As a result of the video, Rice was fired from Rutgers. What do you think after watching the video? Do you think the punishment fits the crime?

I was listening to one of my favorite podcasts The Sum Up recently and the hosts mentioned an entertaining video called “How Girls Fight”. This video is a hilarious spin on how young women act on social media sites. It covers everything from subliminal messages to posting something to make another woman jealous. While the video doesn’t portray how EVERY woman acts on social media, I think you can think of someone who does some of these things. Check out the video and let me know what you think! 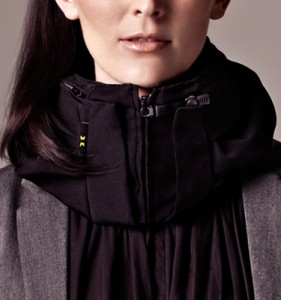 The device, which weighs 1.5 pounds, is switched on by closing the zipper and pressing a button attached to the pull. It contains a helium gas inflator that will fully pump up the airbag within 0.1 seconds of being triggered, the company says.

Most people hate wearing helmets to ride their bike because they think their ugly and will ruin their hairstyle before they get to their location. Consequently, 6 years ago two Swedish industrial design students, Anna Haupt and Terese Alstin, began their journey on the road to creating an “invisible” helmet. Now, they have finalized their concept which is: an airbag in a collar worn around the neck that in the event of an accident deploys to envelop a bicyclist’s head. Currently this product is only available in Europe, but the biggest challenge the women are facing is proving to the public that the helmet is real. To see the product in action watch a three-minute clip made by the documentary filmmaker Fredrik Gertten and a crash test video.

What do you think of the invention? Will you be buying an invisible helmet anytime soon?